Last month I made my annual journey to Oamaru for the Victorian Heritage Celebrations and, as always, I had a fantastic time. I got to catch up with and spend time with friends and acquaintances that I’ve made over the years, and made new friends. I successfully organised and presented the Historical Fashion Show for the second year in a row (second time around, fortunately, is much less terrifying and stressful…), and had the change to debut the Pretty Princess Dress.

I’m a little behind so this series will continue on into the start of the new year and get a bit mixed up with some other posts, like my End of Year Wrap Up post and a 2020 Vision post detailing what my plans for next year are. But, each post will have links to the others so they should be easy enough to follow. I hope.

Before I even made it to Oamaru I was dressing up Victorian as I had been invited to meet my mother’s local craft group. Made up of local rural women who either spin, knit, crochet, or weave, they were quite intrigued by the idea of making historical costumes. 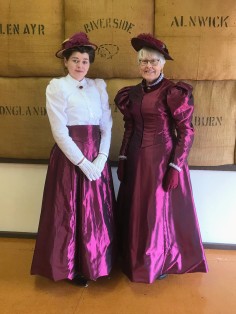 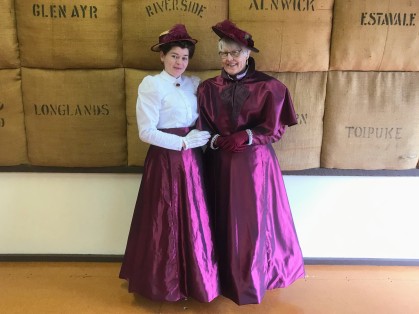 It was also the perfect opportunity to surprise Mum with the Mother-Daughter outfit I had made myself from fabric leftover from making her dress. I wore it earlier this year at Easter but Mum didn’t know that that was what I had packed.

While the weather wasn’t looking too promising we ended up taking a quick trip to Naseby to take a few photos with the older buildings there. It wasn’t very warm that day and it started to rain so we didn’t take very many photos. 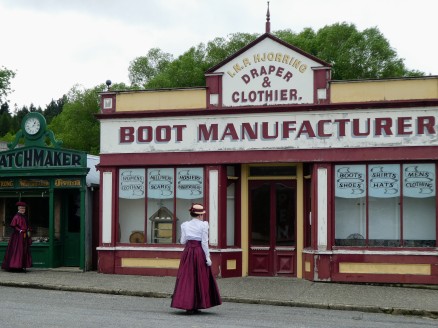 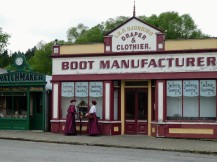 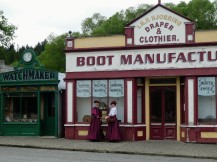 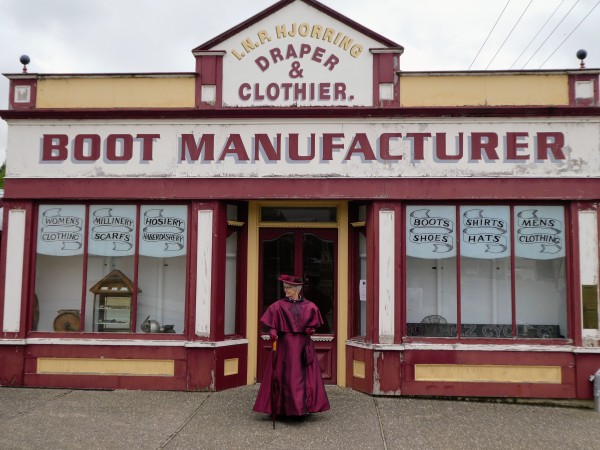 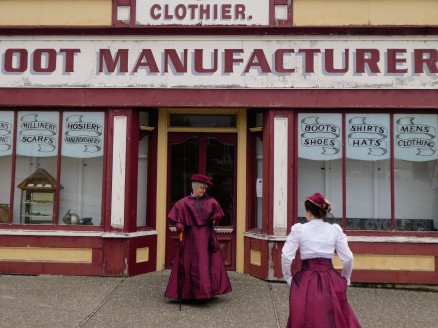 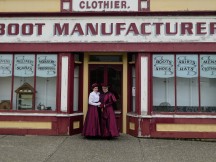 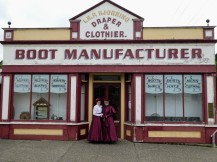 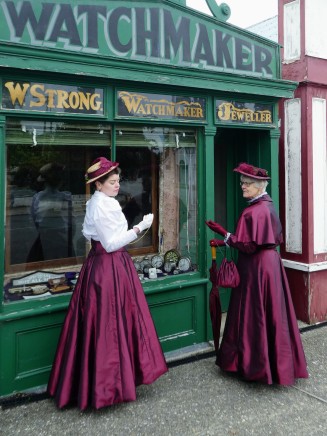 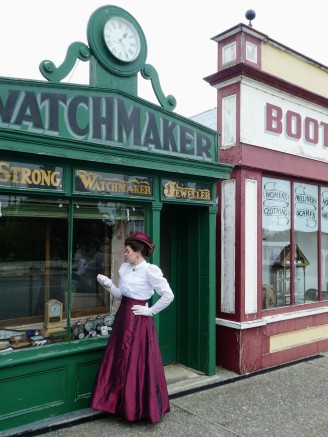 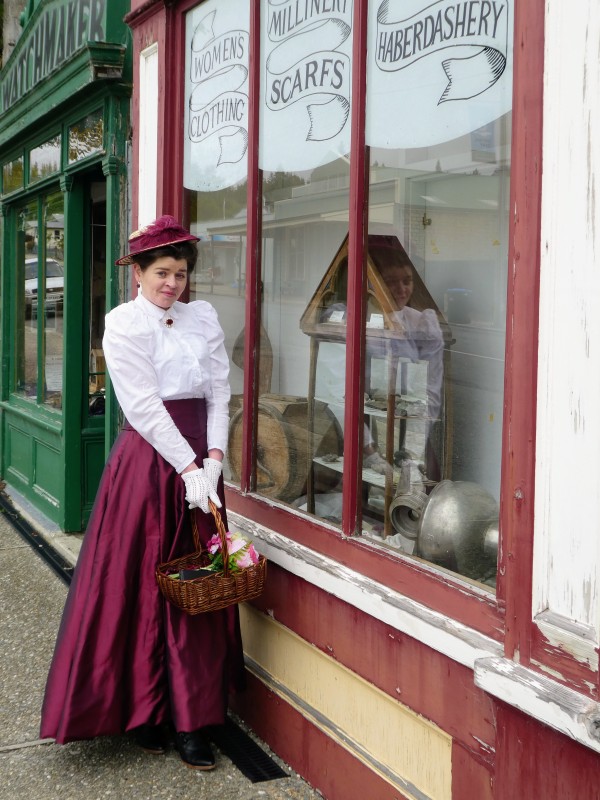 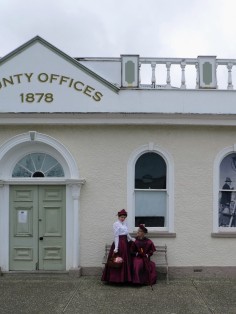 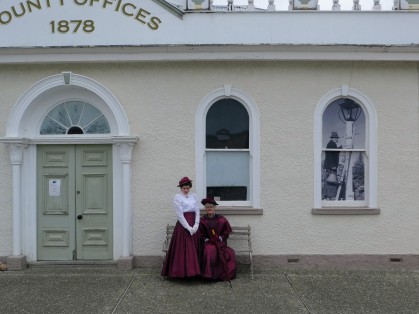 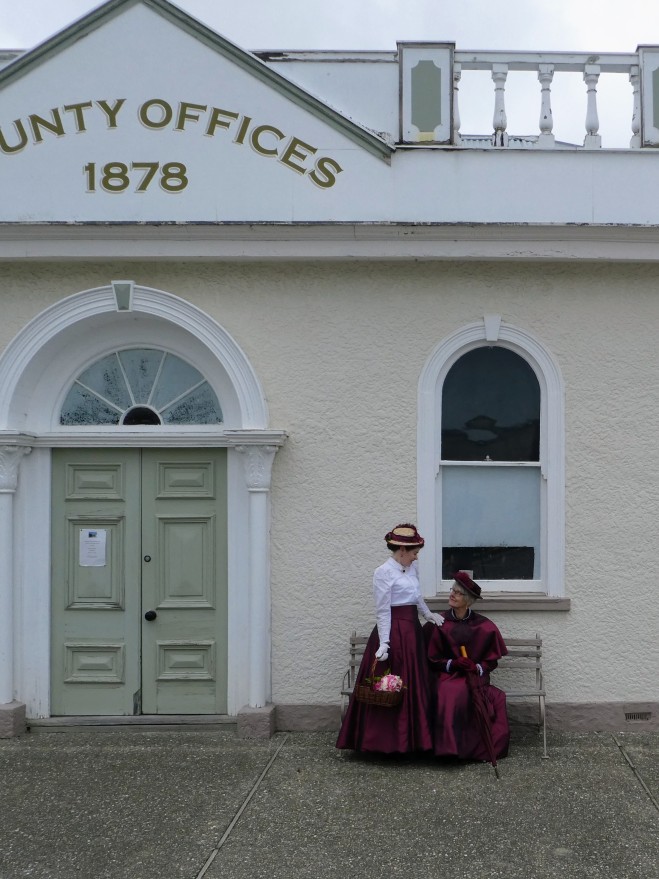 A couple of days later it was time to load my two suitcases into the car and head to Oamaru.

Because I had felt stressed and pressed for time last year on arriving in Oamaru on the Thursday I chose to stay from the Wednesday this time around. And, it was definitely a better decision. I had plenty of time to unpack and lay out each outfit with all of its accessories so there was no panicked hunting for this or that later on.

I took Mum out for lunch to make sure that she had a good break before her drive home. We had a bit of a browse in some shops and a wander before parting ways.

Despite not having anything to attend until the evening library talk by Dr Jane Malthus I couldn’t help it – I got dresses and ready early and then filled in my time by working on fashion show prep.

Finally, it was time to head down to the library where, I discovered, most attendees of the talk were in muggle clothes so I did feel (only briefly) a little overdressed. Being one of the few dressed historically, I did draw a little attention and Dr Jane Malthus approached me while the sound system was being sorted out.

‘What year is your dress?’ She asked and I told her it was mid-1880s. I’d never met a fashion historian before so I really hoped that she wouldn’t point out something wrong with that dating.

But, all she said was would it be okay if at some point she asked me to stand up the front? Well, of course it would be, I thought so told her it was fine.

Her talk was focused on cycling fashion and the rational dress movement which was interesting. It was also interesting to hear about it from a more academic angle rather than a historical costuming or living historian one. As Dr Malthus started talking about corsets she paused and looked straight at me.

‘Are you wearing a corset?’ She asked.

‘Yes, I am wearing a corset,’ I said, rather proudly, I think.

‘Could you please stand up? Can you come up the front?’

So I stood up and moved to the front while she talked a bit more about how this was what advocates for Rational Dress were wanting to move away from. She then thanked me and I returned to my seat for the rest of the talk.

Afterwards, I had a few members of the audience come up to me and ask if I had made my dress and one even complimented my pattern matching skills (which weren’t perfect but aren’t too bad considering when I made it I had never matched patterns before and was still teaching myself to sew).

Diane, the head of the Heritage Celebrations Committee, had also attended the talk so I caught up with her before heading back to my room. I hadn’t been back long before Lorna messaged me saying that they had arrived in Oamaru and were about to drop her friend Jacqui off.

I settled myself at a table in the common room, deciding to cut out my script cards while I waited. I chatted to Marshall a bit before they arrived. I didn’t end up getting a lot of my script cut out but that was fine – I wasn’t feeling too stressed about it. It was, after all, Wednesday and there was plenty of time.

Lorna, Russell, and Jacqui arrived so I got to meet Jacqui, who I had only conversed with briefly through emails (Lorna talked her into being part of the fashion show). We chatted for a bit before deciding to call it a night and Lorna and Russell headed off back to their accommodation.

Before falling asleep I ran over the errands I had to run in the morning, feeling much more organised and a lot less stressed than the previous year. I drifted off to sleep knowing that the next few days would be wonderful. 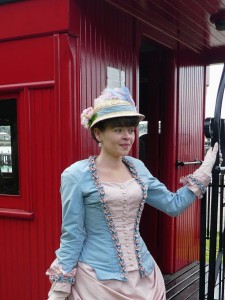